skip to main | skip to sidebar

Due to high number of visitors, the Vianna da Motta Foundation Website is temporarily unavailable.

So we decided to create this small blog for exchanging information with future contestants or anyone who desires to contact us.

1. DETAILS OF THE COMPETITION

1.1 Purpose of the Competition
The Vianna da Motta Competition was started in 1956 by Sequeira Costa. It is held triennially and has been a member of the World Federation of International Music Competitions (with head offices in Geneva, Switzerland) since 1966. Former prizewinners include Naum Shtarkman, Nelson Freire, Vladimir Krainev, Victoria Postnikova, Ida Kavafian, Artur Pizarro and Tao Chang.
In 1995, Sequeira Costa, President and Founder of the Competition, also established The Vianna da Motta Foundation, a non-profit organization which serves as a parent-like entity to Competition, the VMF record label and historial archives.

2.2 Application Period
Applications and supporting materials must be received at the competition office no later than February 28th, 2010.

2.3. Procedure
All applicants (candidates) will be accepted as long they provide the competition office with the following documentation:
- Application form (can be downloaded from The Vianna da Motta Music Foundation Web site: www.vdamotta.org).
- A photocopy of the candidate’s certificate of birth indicating nationality, date and place of birth.
- A photocopy of a diploma from a musical or university institution.
- Four photographs: 2 passport size, and 2 glossy black and white 5"x7" (1.25 x 1.74 cm).
- Two letters of recommendation from musicians of renown.
- A list of complete repertoire (not only the competition program). This list should be typed or written in block letters.
- A registration fee of 150 euros (NET, excluding all bank charges) effected through a wire transfer. A receipt of this wire transfer showing proof of payment is required and must be included with the application materials.
Wire transfer instructions:
ACCT # 145592026416
Routing # 101000187
Swift Code # USBK US 44 IMT
Prairie Village, KS 66207
Applications that do not provide this proof of payment will not be considered valid. In addition, the application will only be considered valid after the confirmation of the candidate’s acceptance by the organizers of the competition.

3. PARTICIPATION IN THE COMPETITION

3.2. Pratice Piano
A room with a grand piano will be made available to each contestant at no charge, for a period of at least 4 hours per day. The praticing days will have to be scheduled.

3.3. Drawing for Appearence Order
The order of presentation of competitors will be decided by the drawing of numbers. Each competitor will retain the same number throughout the competition.

4. Judging of the Competition
The Jury decisions are irrevocable.
Jury Members:
- President and Founder, José Carlos Sequeira Costa
- Other Jury Members will be announced soon.

The Grand Prize Winner will also be awarded:
- Concerts with The Gulbenkian Orchestra, and will perform recitals in the major festivals of Portugal.
- CD recording on the VMF label.
Other engagements are beeing negotiated.
Each 3 prizewinners will receive a diploma signed by the President of the Vianna da Motta Competition and all Jury Members.
Competitors admitted to the "semi-finals" will receive a certificate.

One work representing the candidate's nationality, composed after 1955.
A copy of the score will be submitted to the jury. (not longer than 5 minutes)

One hour recital with works not previously played.
One major piece should be included among the following:

FOURTH ROUND (Final Concert with the Gulbenkian Orchestra)

One Concerto among the following: 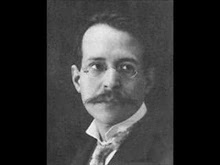